Harry Winston continued its milestone partnership with amfAR as one of two Presenting Sponsors of the star-studded event that raised more than $20 million for HIV/AIDS research.

Antibes, France, May 26, 2017 — The 24th annual amfAR Gala Cannes raised more than $20 million last night in support of amfAR, The Foundation for AIDS Research, and its pursuit of a cure for HIV/AIDS. The star-studded black-tie event, held at the Hôtel du Cap-Eden-Roc in Antibes, France, during the Cannes Film Festival, was presented by Harry Winston and Bold Films.

Event Chairs Nicole Kidman, adorned with Harry Winston’s exquisite jewels throughout the brilliant night, and Dustin Hoffman opened the evening by welcoming guests, noting that their presence “keeps the fight against AIDS in the global spotlight, reminding the world that we can and must end this deadly epidemic that has already claimed more than 35 million lives.”

Event Chair Eva Longoria thanked the event’s sponsors, and then introduced amfAR Chairman of the Board Kenneth Cole, who stressed that “ending AIDS is not a fantasy, it is a goal within our reach,” and discussed amfAR’s Countdown to a Cure initiative, which in less than three years has awarded grants totaling close to $40 million to support HIV cure-focused research conducted by more than 150 scientists working at 55 institutions in 10 countries around the world. Cole then introduced fellow amfAR Gala Cannes Event Chair and longtime amfAR supporter Harvey Weinstein, who continued to stress the importance of raising funds for research.

Discover the HW Logo Collection as featured in the CR Fashion Book and modeled in the Golden Age of Hollywood Collection fashion show. 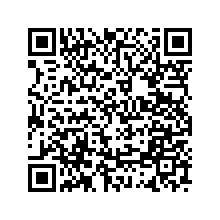