Actress, model, and entrepreneur Iman opened the evening, welcoming guests giving a special shout out to the fashion community for their continued support of amfAR. She then introduced amfAR’s Chairman of the Board Kenneth Cole, who spoke passionately about amfAR’s goal to find a cure for HIV by the end of 2020.

Academy Award-nominated actor Mark Ruffalo presented the amfAR Award of Courage to his friend Scarlett Johansson, describing her as a model of grace, compassion, and service to others who is “driven simply by the firm conviction that she should do whatever she can to help those who are less fortunate than she is.” Johansson, in an emotional speech about a family friend, Tony, who passed away from AIDS, acknowledged the more than 37 million people around the world who are still suffering from this disease, and dedicated her award to all those who have lost their lives or the lives of loved ones to AIDS.

Actress, activist, and iconic supermodel Naomi Campbell presented the amfAR Award of Courage to her friend, Donatella Versace, describing her as a legend of the fashion world who is “renowned for her generosity.” Accepting her award, Versace honored her brother Gianni as a pioneer in the fight against HIV/AIDS, and promised to continue his fight, a cause she said has defined her life and is more important now than ever.

Aluna Francis, of the electronic music duo AlunaGeorge, also took the stage during the evening with a soulful performance of their hit “Not Above Love.”

Zosia Mamet and Laurie Simmons also took to the stage to introduce a short documentary film by Matt Wolf about Simmons’ best friend, Jimmy DeSana. DeSana was an artist who died of AIDS in 1990, and as an expression of gratitude for the work amfAR does, the film shared his impact on Simmons and her daughter, Lena Dunham, as well as the impact of HIV/AIDS on the creative community as a whole.

To view more photos from the event, click here. 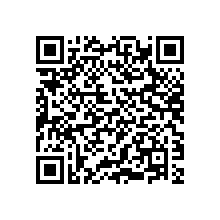