Harry Winston continued its milestone partnership with amfAR, as a presenting sponsor for the third annual amfAR Hong Kong Gala. The event honored Pansy Ho for her commitment to the fight against AIDS and raised over $3.5 million for amfAR’s life-saving AIDS research programs.

Hong Kong, March 25, 2017 — Charlize Theron, Naomi Campbell, Jackie Chan, Charli XCX, Mark Ronson, CL, and amfAR Chairman of the Board Kenneth Cole were among those who gathered at the third annual amfAR Gala Hong Kong at Shaw Studios to honor Pansy Ho for her commitment to the fight against AIDS. The event, presented by Harry Winston, raised over $3.5 million for amfAR’s life-saving AIDS research programs.

Naomi Campbell opened the evening by welcoming guests and introducing amfAR Chairman of the Board Kenneth Cole, who thanked event sponsors and spoke about amfAR’s TREAT Asia program and the organization’s Countdown to a Cure initiative, which is dedicated to finding the scientific basis of a cure for AIDS by 2020.

Cole then introduced Honorary Chair Charlize Theron, who stressed the challenges of HIV and urged focused efforts on “the communities that are most vulnerable, that are most in need of prevention, education, and support.” She ended by thanking all guests, describing their attendance as “a symbol of generous support and commitment to bringing this epidemic to an end in our lifetime, to removing it as a threat to our children and to future generations.”

Sir David Tang introduced the amfAR Award of Courage to his friend, businesswoman and philanthropist Pansy Ho, describing her commitment to giving back as “nothing short of admirable” and recognizing her efforts for the past three years in supporting the amfAR Gala Hong Kong. In her remarks, Ms. Ho dedicated her gratitude to all who have supported the amfAR Gala Hong Kong and invited everyone to keep working together towards finding a cure on behalf of the 37 million people around the world who are living with HIV/AIDS. 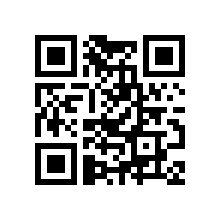