This year Harry Winston pays homage to the city that never sleeps, instilling some of its most iconic collections with a profound Art Deco design aesthetic.

If there was a song to underscore this year’s rich offering of Harry Winston timepieces, it would have to be Frank Sinatra’s legendary New York, New York. Harry Winston is, after all, a uniquely New York brand. Since 1932, New York – the city of soaring skyscrapers, sophisticated nightlife and epicenter of the Art Deco movement in the United States – has been home to Harry Winston’s diamond emporium.

This year Harry Winston pays homage to the city that never sleeps, instilling some of its most iconic collections with a profound Art Deco design aesthetic. And because Harry Winston is synonymous with the best diamonds, these precious gemstones play a starring role in this year’s creations.

By marrying the designers’ creativity and the gem setters’ masterful skills, with the impeccable Swiss watch credentials governing the movement, Harry Winston’s new novelties are destined to bring years of enjoyment and impeccable service to its owners.

2017 is the year of the Avenue Collection, a family of timepieces that evoke the vibrant cosmopolitan energy of New York City. Named after New York’s celebrated Fifth Avenue - the most prestigious shopping address in the world and home to Harry Winston’s Flagship Salon - the Avenue Collection is directly inspired by the streamlined design of the Art Deco period.

Harry Winston presents four new iterations of the Avenue Collection. In pride of place is the Avenue Classic Cherry Blossom model, which interprets the beauty of the Japanese Sakura season with great artistic sensitivity and recreates a scene of the annual blooming of the cherry blossom tree in diamonds and pink sapphires.

The Avenue C™ Mini Moon Phase brings a touch of heavenly beauty to earth with its romantic moon phase complication and vintage touches, which emphasize the prevailing Art Deco mood of the Avenue Collection. What is remarkable though about this timepiece is its size: as one of the smallest moon phase complications on the market today, the timepiece is in a class of its own and irresistibly feminine.

The Avenue C™ Dual Time is equipped with a practical second time zone function for women on the move, which can be consulted at a glance thanks to the two separate counters on the dial, one for local and the other for home time. What sets this model apart from conventional dual timers is the possibility of setting both the hour and the minute hands via the double crowns on the case, which allows for non-standard time differences of half-hour and quarter-hour deviations.

The Avenue Classic Automatic marks another milestone for the House, as it is the first woman’s timepiece in the Avenue Classic Collection to be fitted with an automatic movement, an acknowledgement of the growing number of women who appreciate fine mechanical movements.

Other novelties in the Avenue Collection include: a new gold folding clasp in the strap, which offers enhanced comfort and security, and the use of seamless alligator straps for a more elegant finish.

The Midnight Collection is distinguished by its pure, classic round cases and refined automatic movements. With the current move towards smaller, more feminine case sizes, the Midnight Diamond Drops Automatic 29mm timepiece has been reinterpreted in a dainty 29mm case. The intense midnight blue background - an homage to Mr. Winston’s famous Hope diamond - is embellished with a wintry scene of brilliant-cut diamonds. In a similar spirit, the Midnight Automatic 29mm, with its iridescent mother-of-pearl dial and new more feminine-styled numerals, is a classic in the making.

In pursuit of rare artistic techniques

The Premier Delicate Silk Automatic 36mm is the result of Harry Winston’s continuing exploration in the field of rare artistic crafts. A fascinating journey to the origins of luxury, the new models fuse together the art of silk weaving and embossing, to bring to life motifs inspired by Europe’s royal houses.

Last year, Harry Winston ventured into new territory with The New York Companion by Harry Winston, a fabulous high jewelry clutch with a secret timepiece hidden under the clasp. This year, the star of the show is the Broadway Glasses by Harry Winston, a fully functional pair of opera glasses with a secret timepiece. Adorned with diamonds and panels of onyx, the opera glasses evoke a bygone era of glamorous soirées and pay tribute to Broadway’s famous theater district.

The Emerald Time by Harry Winston is an exquisite objet d’art that displays the time and date on one face and a mirror on the other. Taking Mr. Winston’s preferred diamond cut – the emerald-cut - as a starting point, a series of overlapping octagonal shapes lend bring a dynamic architectural feel to the clock. Inlaid with precious blue aventurine stone and set with radiant diamonds, the stand can be folded to transport the clock.

Following in the footsteps of Mr. Winston, who only bought and sold the world’s finest diamonds, the House of Harry Winston acquired the Winston Legacy diamond in 2013. Described by Christie’s as “the most perfect diamond ever offered for sale at auction,” the 101.73-carat flawless diamond is cut in a perfect pear-shape. In honor of this legendary beauty, the Legacy by Harry Winston high jewelry timepiece replicates the pear-shaped cut of the Winston Legacy diamond on the dial, which is beautifully crafted with an invisible setting.

The Mini Twist by Harry Winston timepiece, with radiant leaves of diamonds climbing up a twisted gold trellis is a tribute to Harry Winston’s acclaimed designer Ambaji Shinde. Inspired by the lush vegetation of his native India, Shinde’s designs find new life in this elegant representation of nature.

Beautiful, versatile and vintage to the core, the Divine Time by Harry Winston is a glamorous white gold and diamond pendant that doubles as a watch, which can also be worn on the wrist.

Harry Winston’s Ocean Collection, the designated showcase for high mechanical complications, welcomes the new Ocean Biretrograde Automatic 42mm model, a majestic ship equipped with a double retrograde complication and a splash of diamonds in the purest spirit of the “King of Diamonds”.

Project Z11 reaffirms Harry Winston position as a key player in the field of avant-garde materials with a case made from Zalium™, the proprietary grey colored alloy exclusive to Harry Winston. Lightweight, yet resilient, the openwork architecture, ergonomic design and contemporary styling position Project Z11 as an ongoing testament to the House’s high mechanical watchmaking spirit.

The saga of Harry Winston’s fascination with tourbillon complications reaches its eighth chapter with the Histoire de Tourbillon 8 timepiece. Evolving in complexity over the years, the new 51mm white gold timepiece is the manifestation of superior mechanical know-how, impeccable haute horlogerie craftsmanship, avant-garde materials and a contemporary design language. In order to minimize the effects of gravity on the movement and guarantee the highest magnitude of chronometric precision, two large biaxial tourbillons perform mesmerizing 75-second rotations on the dial, while the hours and minutes are relayed via conical discs. 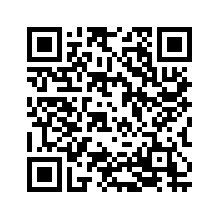