Harry Winston Celebrates the Launch of its New York Collection

A softly-lit room paid tribute to the brand’s rich New York roots with thoughtfully executed vignettes that portrayed the proprietary nuances in Mr. Winston’s narrative pertinent to the City. From the Brownstones of the Upper West Side, to the lush greenery of Central Park, to the City Lights of Broadway, to the famed design aesthetic of the House’s Fifth Avenue Flagship – the night was a true celebration of Harry’s New York.

The evening was attended by notable stars in film and fashion, including actresses Naomi Watts, Katie Holmes, and Angela Sarafyan, as well as global influencer Camila Coelho, all wearing pieces from the collection.

At the conclusion of the night, guests were treated to a surprise performance from Grammy and Academy Award winning artist Jennifer Hudson.

Contact us for any inquiries regarding The New York Collection. 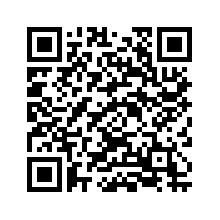