Harry Winston announced at the Baden Baden Opus event in October that it has signed American singer, songwriter, and producer Robin Thicke, as its timepiece ambassador.

Geneva (Switzerland), December 2015 – International fine jeweler and watchmaker, Harry Winston, Inc., announced at the Baden Baden Opus event in October that it has signed American singer, songwriter, and producer Robin Thicke, as its timepiece ambassador. Robin Thicke will serve as the ambassador of Harry Winston timepieces and will support the brand through a variety of media and promotional activations.

“We are proud to introduce Robin Thicke as our timepiece ambassador,” said Nayla Hayek, CEO of Harry Winston, Inc. “As a distinguished recording artist, Robin’s natural ability to translate emotion into sound, passion for creating timeless music that transcends genres and generations, and commitment to music-oriented community programs, perfectly complements the origins of the Harry Winston story and captures the creative and innovative spirit behind its timepiece designs. “

“Growing up in Los Angeles – surrounded by the entertainment industry – the Harry Winston name was always synonymous with the red carpet. From its incredible heritage; to its reputation for creating the ultimate and most exceptional; to its dedication to philanthropic causes that are helping to change the world,” said Robin Thicke. “Harry Winston is a brand that I have long admired and I am honored to serve as its Timepiece Ambassador.”

In October 2015, Harry Winston unveiled the latest iteration of its highly acclaimed Opus series, in Baden-Baden, Germany, in which Thicke was a special guest performer.

About Robin Thicke:
Robin Thicke has established himself as one of the most respected singer - songwriters in soul and R&B music today. Born in Los Angeles, Robin Thicke taught himself to play piano at the age of 12, and by 16 was writing and producing songs for top R&B artists. At the age of 21, he had written and produced songs on over 20 gold and platinum albums, for artists including Michael Jackson, Marc Anthony, Pink, Christina Aguilera, Usher, and Jennifer Hudson, among others. One year later, he signed with Jimmy Iovine and Interscope Records. The musician and composer released his critically acclaimed debut album, A Beautiful World, in 2003 under the name “Thicke.” The collection was followed by a succession of five critically acclaimed gold and platinum selling album releases. Robin’s sixth studio album, Blurred Lines, was released in July 2013. The album garnered three GRAMMY nominations. The collection debuted at #1 on Billboard Top 200 while, “Blurred Lines,” the single, continued its 12- week reign on the Billboard Hot 100 chart, making Robin the first artist to take the top spot on both lists since December 2012. “Blurred Lines” scored the highest audience ever recorded and broke records by climbing to #1 on 5 radio charts simultaneously (Top 40, Rhythm, Urban, Hot AC & Urban AC) – the first time this has ever been done by an artist.

Robin Thicke’s current singles are the pop record “Back Together,” featuring Nicki Minaj and the R&B classic, “Morning Sun”, marking his 11th song on the Urban AC Top 10 Chart. 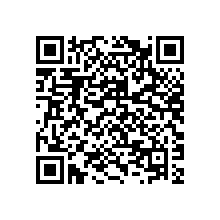